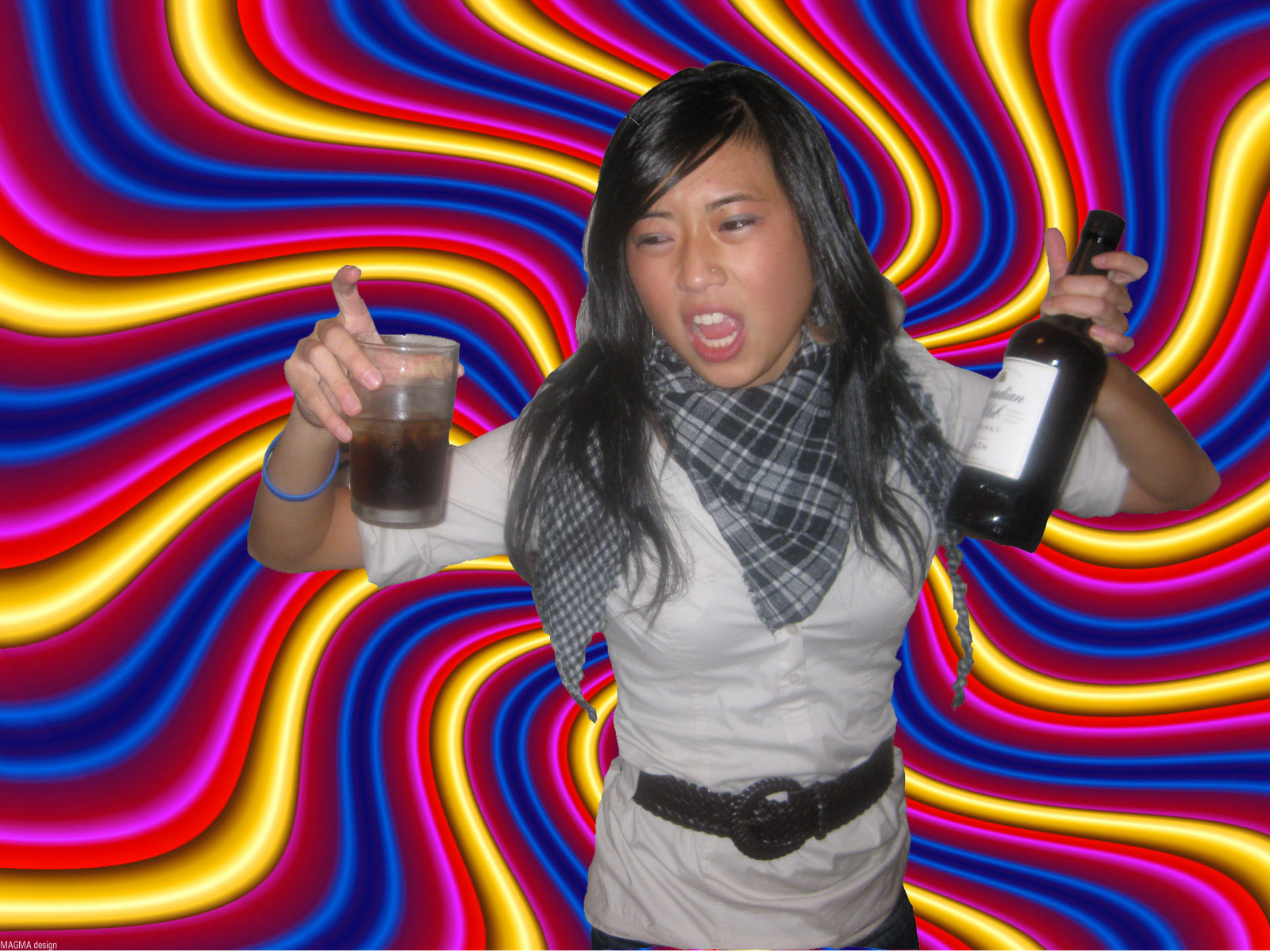 I need to begin with this because I was a proud binge drinker in the prime of my 20s. It all goes downhill after you turn 25. The hangovers last for days on end, you will literally feel like you got hit by a truck and conclude that you have been poisoned and are dying. Be prepared to chuck that sickie on Monday.. you can probably write the Tuesday off as well.

Anyways, back in my prime, I used to spend an average of about $250 for a night of clubbing. Yup, welcome to ‘Straya and our outrageous alcohol tax. Back when I was at uni (at least I think I went to uni) and worked part-time, I used to only live for the weekends. All my week’s worth of hard earned money (it was hardly hard) was invested in Vodka and Tequila on the weekend. Then I’m reduced to living off instant noodles and spam until the next pay day. Good times.

So when I hit up the clubs in Munich and the bartender only charged me 2.50 Euro for a shot of tequila, you can imagine the look on my face. “Make that 10”, I said. You cannot imagine the levels of wasted I got in Germany. Let’s just say, this one time, I punched a German lady at Burger King in the face because she was yelling racial obscenities at me and I proceeded to call her a gypsy, even though she was the most stereotypical German looking person ever. Not one of my proudest moments in life. I almost got myself a record with the German po-po for that.

Bottom line: Alcohol is amazingly cheap and awesome in Germany, just know your limits. Which clearly, I did not. I could say the same for many of my fellow Aussies out there. We’re a rowdy bunch.

This leads me to my next point… Need I say more? I was born in Munich, home to one of the biggest annual beer festivals the world has ever seen. No other beer in the world, no matter how hipster or handcrafted or home brewed, comes close to the smoothness, creaminess, and just pure awesomeness of German beer.

If you’re ever in Bavaria, get around to drinking Augustiner, Tegernseer and Franziskaner beer. Even if you never liked the taste of beer, you will now. Your life will change, trust me. And you can’t go wrong with a bottle for 70 cents. Say what?!

So this leads me to my next point… There’s no doubt in my mind that you have heard of this epic beer festival.

Wiesn, translated means field, which makes sense since the event takes place on a massive field of greens.

This is the festival where all women show off their jugs (of beer obviously), the only place where it’s socially acceptable for men to wear tight leather shorts, and the only place where you don’t get taken seriously as an avid beer drinker unless you come dressed in the appropriate attire.

Although this festival also marks the end of summer and the beginning of a very long and dreary winter, I miss it with a passion nonetheless. I miss everything from the extra strong Oktoberfest brew, playing “spot the Aussie” (because they all come dressed in Lederhosen and thongs), the one metre long Wieners (sausages of course), singing along to songs you normally wouldn’t be caught dead singing to, getting disgustingly shitfaced and jumping into bumper cars with friends and winding up with a semi-broken neck and a patch of spew on your shirt.. because drinking and driving just doesn’t go hand-in-hand.

Go there, at least once in your life and get wasted.

If you are somehow delusional enough to think that we have a decent healthcare system here in Australia, think again. Pitted up against the European healthcare system, we are much worse off. If you ever get the opportunity to live and work in Europe, I urge you to use the crap out of their brilliant healthcare over there.

Need your wisdom teeth removed? Do it. It won’t cost you a cent as long as you’re employed and a portion of your tax goes into your healthcare.

Want a free nose job? Go to the ENT and tell the doc that your crooked nose is obstructing your breathing and is detrimental to your well-being and self-esteem.

5. Tipping (and getting tips if you work in hospitality) Yes, my fellow Australians, we are a stingy bunch when it comes to rewarding workers for their good service. Understandably, tipping is not part of our culture even though we can be a pretty giving bunch.

Working in the hospitality industry makes it so much more rewarding when you get tips on top of your wage. When I was working at a Japanese restaurant in the centre of Marienplatz in Munich, I was rolling in tips after every shift. I got home and tossed it up in the air like a boss and then threw myself into a pile of cash money. Please note my exaggeration.

But the fact of the matter is, I miss the custom of tipping. If you have ever worked in the hospitality industry, you know what I’m talkin’ ’bout. Metro, you suck. Australia, your efforts in this department are just tragic.

Not only does it cost one of my kidneys to ride from my place in the ‘burbs to the city and back, but I would appreciate your system an inkling more if your buses came remotely on time… I mean, sometimes the bus just decides to stand me up like a person looking me up on Tinder and deciding to swipe left.

Like, Australia please, just step up your PT game. As much as I love our brunch, coffee and fusion food culture here, Europeans still do it better. Quite simply because, well, they’re European.

You can hand me Masterchef standard food but I would still pick my favourite, homecooked by Nonna, Italian restaurant in Munich over the vastly overpriced French/Vietnamese/Thai/Congo/Martian fusion food we have here. I mean, it’s good, but I’ll take Nonna’s pasta because not only is it delicious, to the least, it fills me up and the dishes don’t look like they’re portioned for ants.

Oh yeah, and Europe does coffee better. Yes, I said it. I really do believe we’re under some kind of delusion to think that we have the best coffee in the world. Yes, it looks pretty and goes down pretty well too, but I like to think it’s smooth because there’s hardly any caffeine in it. Truth.

If you’re in Europe and happen to be passing through Ljubljana, Slovenia, you can find the best cup of coffee in the world there. Make sure you swing by Le Petit Café just on the outskirts of the city centre. The baristas there manage to perfectly balance strength, creaminess and smoothness.. Plus, they have some mean coffee art skills too. That’s a win/win for me! As much as we celebrate Christmas here every year, I feel zero Christmas vibes when the jolly season rolls around. I mean, when it’s over 30˚C and the Christmas décor consists of Santa dressed in boardies and his sleigh is made up of surfboards, you can understand why I’m not feelin’ the spirit.

The best thing about winter in Europe is the Christmas markets. Everything from the Glühwein (mulled wine), warm beer (don’t go there), egg nog, to the pork knuckle sandwiches, gingerbread cakes and stacks more!

There was never a need to dress in fancy clothes and hit up the clubs on weekends in winter, just chuck on Explorer socks, throw on your UGG boots and get down to a Christmas market, get sh*tfaced there and roll around in the snow making angel wings after. Wake up with a cold, go back to the markets, down some mulled wine and repeat.

My favourite one by far is the “Mittelaltermarkt” in Munich, with its Middle Ages theme and stall workers dressed as knights and peasants serving up Feuerzangenbowle (fiery alcoholic drink that gets you drunk off two sips) and hearty stews served in a bowl made of bread, you will feel like you’re filming a scene in Winterfell on the set of Game of Thrones. I’m not a fan of winter, I really am not. I am the biggest pussy when it comes to bracing the cold, but I do miss the snow. Not the 3-day old black slushy snow on the side of the roads that you see, but the fresh, powdery first snowfall of winter that comes in the night. The type where you wake up in the morning, pull the blinds open and you’re greeted with the most beautiful scenery that you could imagine.

That’s what I miss. But I still hate you winter, you can piss off now. This is a love/hate relationship that I have with the old folk of Munich. I used to get told off by them all the time for crossing the road at a red light, walking along the bike lane, riding my bike in the wrong direction in the bike lane (cos God forbid you are messing with the order of the universe when you do that), driving too slow, driving the speed limit, walking on the grass, the list goes on.

But now that I’m not getting told off anymore (probably because you get fined an arm and a leg for jaywalking here and I’ve stopped rebelling), I kind of miss getting put in line. I mean, not that I enjoyed getting yelled at, but I did like arcing up and trying to come up with a smartass comeback to which I always received a look of shock and outrage that someone would talk back at an 80-year old.

Yes, I need to go find someone my own age to pick on.

Enjoy What You Read? Join Us!